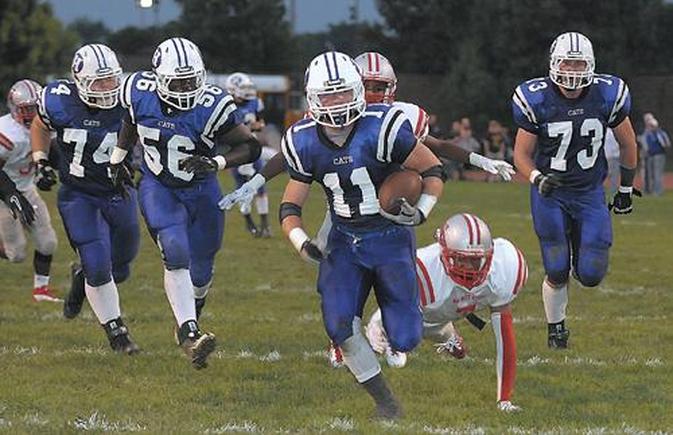 The Hilliard Davidson High School football team did not miss a beat after its bye week, defeating Walnut Ridge 43-7 in a non-league game on Friday, Sept. 9.

Wildcats coach Brian White said that with a young offensive line and a quarterback who hasn't played in two years, taking a bye week was more beneficial than playing a game.

"During the bye week, we cut a half-hour off practice and spent it in the weight room," White said. "We went at it pretty hard even though we went about 30 minutes shorter. The kids knew that we still out there to get better and not take a week off."

Alex Mickley carried the ball 11 times for 90 yards and three touchdowns. E.J. Jennings had seven rushes for 88 yards and a touchdown. Davidson (2-0) outgained the Scots 340-121 in total yards.

The Wildcats scored on five of its six possessions in the first half, including its first four. Mickley had a pair of 3-yard scoring runs and a 25-yard touchdown run to put Davidson up 21-0 after one quarter.

"The O-line provided a lot of big gaps," Mickley said. "E.J. Jennings, the fullback, had a couple of big runs for us and we threw the ball for a touchdown, which was great. We were all a little antsy to get out there against someone else (after the bye week)."

After the Scots turned the ball over on downs early in the second quarter, Brandon Gleim found Bryce Lehwald for a 40-yard touchdown pass. Jennings added a 12-yard touchdown run late in the half for a 36-0 halftime lead.

"(The play) was something we practiced over the course of the week, and we felt like it was going to be there," White said. "If you get into the second half and pass it, then it kinda looks (like we're running up the score), so we figured we'd better throw the ball in the first half if we were going to."

Davidson used a 10-play, 63-yard that took over five minutes off the clock that was capped off by a 2-yard run by Troy Richter in the third. The senior rushed eight times in the drive for 48 yards.

The Scots got on the board with a seven-play, 75-yard drive in the fourth quarter. Marquez Toney found his brother, Shawn Toney Jr., for a 24-yard pass to cap the drive.

"That's a heck of a team, and we knew we couldn't make mistakes," Scots coach Byron Mattox said. "We had some turnovers, and we didn't respond well after. You can't give a great team like that those opportunities. I thought we hung in there until the end and I'm proud of them for that." 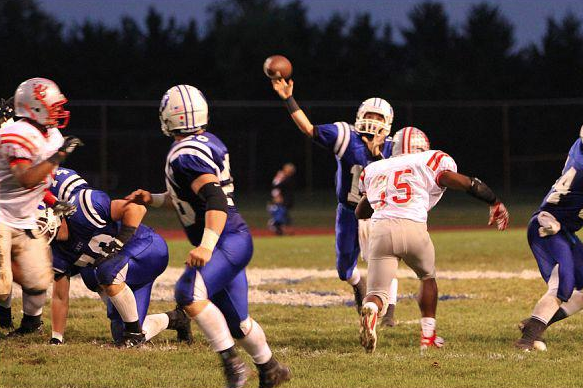