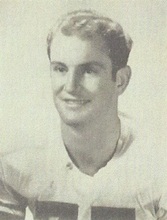 FRANKLIN COUNTY LEAGUE (1948)
During the 1948 season Jim rushed for 15 touchdowns and an estimated 1,000+ yards. This is only an estimation because official stats were not kept until the 1950's. However, it is a fair estimate due to the fact that the scoring stats were recorded and 648 yards came on Jim's 15 rushing touchdowns alone. 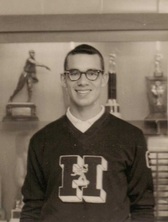 RURAL-URBAN NEWSPAPER (1959)
Don did it all for the 1959 Wildcats as he recorded 17 receptions for 242 yards and 3 touchdowns on offense, returned a former 40-year school record 102-yard interception return for a touchdown & recorded 45 tackles on defense, converted 3 PAT's, and averaged 34.5 yards per punt on special teams. For his efforts Don was also named to the Wigwam Wisemen All-American team. The same organization that first noticed 1953 Heisman Winner John Lattner,  "Everybody's All-American" Billy Cannon of LSU, and many other NFL alumni. 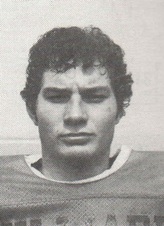 OHIO CAPITAL CONFERENCE (1978)
Kevin Durban was the thunder to Dallas Sharp's lightning. Durban rushed for 800+ yards and 16 touchdowns from his fullback position. He also recorded 107 tackles on defense. 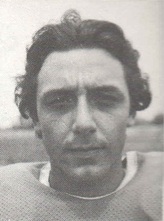 CENTRAL DISTRICT (1978)
Dallas Sharp carried the ball 145 times for 1,026 yards and 9 touchdowns for the undefeated 1978 Hilliard Wildcats. He also reached the endzone on a reception, a punt return, a kick return and an interception.  On defense, where he was recognized as a 1st-team All-Ohio defensive back, Sharp intercepted 7 passes for 136 yards. 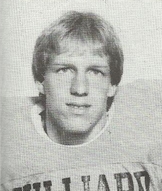 OHIO CAPITAL CONFERENCE (1984)
Phil Brown was a standout on offense and defense. From his tight end position Brown caught 5 touchdown passes in Hilliard's pass happy offense. On defense he recorded well over 90 tackles from his linebacker position. 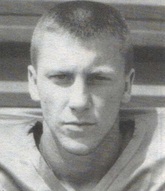 OHIO CAPITAL CONFERENCE, CENTRAL DISTRICT, SUBURBAN NEWSPAPER, THISWEEK SUPER 25, DISPATCH-AGONIS CLUB (1993)
Steve Baird's senior season will go down in history as one of Central Ohio's all-time greatest performances by a dual-threat quarterback. Leading the Wildcats to their first ever playoff appearance, Steve Baird passed for 1,337 yards and 13 touchdowns, while rushing for 1,449 yards and 18 touchdowns. Only two Central Ohio big school quarterbacks have passed and rushed for more yards than Steve Baird in a single season. They are; Dublin Coffman's Jack Rafferty (3,227 passing/1,378 rushing) and Westland's Kasey Wendal (1,533 passing/1,950 rushing)). 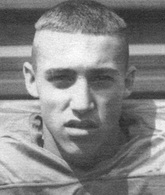 OHIO CAPITAL CONFERENCE, CENTRAL DISTRICT, SUBURBAN NEWSPAPER (1994)
Mike Furrey dominated Central Ohio in 1994. He caught 31 passes for 626 yards and 7 touchdowns on offense, while intercepting 5 passes for 200 yards and a touchdown on defense. While those stats are impressive, it was Furrey's ability on punt returns that put fear into the opponents. He tallied 404 yards and 4 touchdowns on 16 attempts (25.3 yards per return). 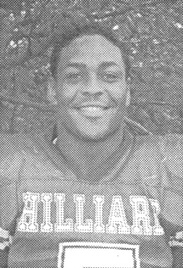 OHIO CAPITAL CONFERENCE, CENTRAL DISTRICT, THISWEEK SUPER 25, SUBURBAN NEWSPAPER, DISPATCH-AGONIS CLUB, SUPER PREP-OHIO (2001)
Erick Phillips ran for 1,845 yards and 21 touchdowns in 2001, while leading Hilliard Davidson to the Regional Semi-Finals. On paper that is the 4th best rushing performance in a single season of Wildcat football. In reality it is arguably the best single season rushing performance by any Hilliard running back. What is most impressive about Phillips' senior year is how much opposing defenses keyed in on Erick and that he was rushing behind a line that averaged 5'10'', 213lbs (that is the roster inflated measurables average, by the way). 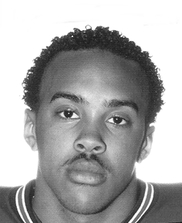 CENTRAL DISTRICT, THISWEEK SUPER 25, DISPATCH ALL-METRO (2004)
After rushing for over 1,200 yards as a sophomore, Christen Haywood followed up with 1,964 yards and 25 touchdowns on 267 carries as a junior. Haywood helped pave the way for the Wildcats run to the Regional Semi-Final. 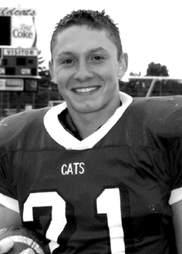 OHIO CAPITAL CONFERENCE (2004)
At first glance Chris Miller's stats from the 2004 season will not blow you away. He carried the ball 38 times for 404 yards and 7 touchdowns. He caught 7 passes for 216 yards and 3 touchdowns. He punted the ball 33 times for 1,210 yards. He returned 22 punts for 307 yards and a touchdown. He returned 13 kicks for 318 yards. He also recovered two fumbles on defense and converted 4 of 5 extra point attempts. Now, consider that he averaged 10.6 yards per carry, 30.9 yards per reception, 36.7 yards per punt, 14 yards per punt return and 24.5 yards per kick return. He also scored 14% of the time the ball was put into his hands. Add all of that up and you get one of the fastest, most dangerous, invaluable and diverse players in Wildcat history. 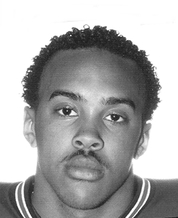 DISPATCH ALL-METRO (2005)
Christen Haywood entered his senior season with 3,231 yards under his belt. Despite missing 4.5 games due to injury and sharing carries with Bo DeLande (1,308 yards of his own), Haywood still rushed 1,688 yards and 15 touchdowns while leading Hilliard Davidson to the Division I State Semi-Final. Haywood finished his career as Hilliard Davidson's all-time leading rusher with 4,919 yards and 67 touchdowns. 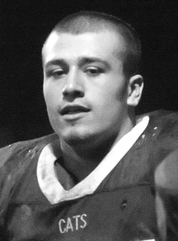 OHIO CAPITAL CONFERENCE (2005)
With so many standouts on the 2005 Hilliard Davidson defense it is amazing to think how truly incredible Andy Sena's senior season was. With a strong work ethic and motor that never stopped Sena accumulated 135 tackles, 10 tackles for loss and 6 sacks. 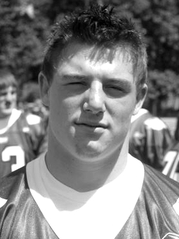 OHIO CAPITAL CONFERENCE (2006)
All Bo DeLande did in leading the 2006 Hilliard Davidson Wildcats to a Division I State Championship was rush for 2,208 yards and 23 touchdowns on 398 carries. 5 of those 23 touchdowns came in the 36-35 OT win over Mentor in the State Championship. DeLande's powerful running and the 2006 offensive line were incredible to watch. 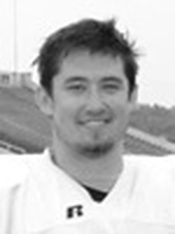 OHIO CAPITAL CONFERENCE, CENTRAL DISTRICT, DISPATH ALL-METRO (2006)
J.B. Strahler's playmaking ability really shined during the 2006 football season. He recorded 86 tackles, 30 tackles for loss, 17 sacks, caused 3 fumbles and blocked 2 kicks on defense. He also caught 9 passes for 127 yards and 2 touchdowns from his tight end position. While Bo DeLande was the standout on offense, Strahler was every bit the standout on defense. 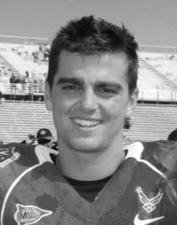 OHIO CAPITAL CONFERENCE (2009)
Despite playing injured and sick during the regular season, Trubiano still lead the 2009 Hilliard Davidson football team to a Division I State Championship. On the season he rushed for 1,263 yards and 15 touchdowns on 194 carries. Perhaps the most memorable moment of his career came on the final drive of the 2009 State Championship game. With Cleveland Glenville up 15-8, 3:11 left in the game and the ball on the Davidson 23-yard line, Trubiano sprinted 73 yards to set up a Wildcat score. Shortly after he scored the game winning 2-point conversion after a Spencer DeLande touchdown. 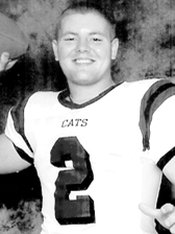 OHIO CAPITAL CONFERENCE, CENTRAL DISTRICT, DISPATCH ALL-METRO (2010)
Heitzman recorded a combined 26 sacks during his junior and senior year for a State Championship team that allowed 8.9 points per game, and a State Semi-Finalist that allowed 7.2 points per game, respectively. He was also a valuable blocker at tight end on an offense that produced back-to-back 1,000 yard rushers. 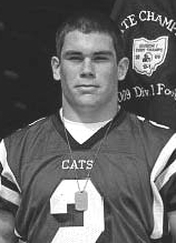 OHIO CAPITAL CONFERENCE/SCHOLAR ATHLETE OF THE YEAR, CENTRAL DISTRICT (2011)
Sam Coles had some pretty big shoes to fill taking over the LEO position on Davidson's defense entering the 2011 football season. Coles also was an invaluable blocker on offense at both tight end and fullback, helping pave the way for Alex Mickley's 1,476 rushing yards. On the year Coles registered 70 tackles, 16 tackles for loss and 11 sacks for a defense that allowed only 4.8 points per game. More importantly than what Sam accomplished on the field, he was a standout in the classroom too. He represented the Ohio Capital Conference at the 2012 Scholar-Athlete Banquet for the Columbus Chapter of the National Football Foundation and College Hall of Fame. 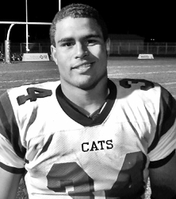 OHIO CAPITAL CONFERENCE (2012)
It may have taken two and a half years to see E.J. Jennings truly live up to his potential, but when he finally broke out in week 7 of the 2012 season he never looked back. In what turned out to be a season changing game against Upper Arlington, E.J. rushed for a school record 316 yards and tied another by scoring 6 touchdowns. For the season he ran for 1,596 yards and 24 touchdowns on 283 carries. Not a bad finish considering he had just under 500 yards and 7 touchdowns through week 6. 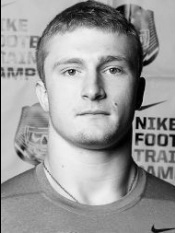 OHIO CAPITAL CONFERENCE, CENTRAL DISTRICT, ALL-OHIO, ALL-METRO DEFENSIVE PLAYER OF THE YEAR (2013)
Continuing the legacy of Davidson stars at the LEO position, Backenstoe finished the 2013 season with 23 tackles for loss and 14 sacks. Backenstoe was the leader of a defense that gave up an average of 9 points per game. On offense he was a major contributor as a blocker in the Wildcats triple-option offense. Off the field Backenstoe is an honor student and an all-around great student-athlete. 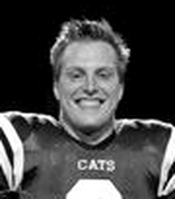 OHIO CAPITAL CONFERENCE (2015)
Leading the way for Davidson's stingy defense was middle linebacker, Ryan Tuchow. Tuchow led the way with 118 tackles for a defense that gave up an average of 6 points per game to their opponents, and posted 4 shutouts. He was also a standout on special teams and offensive short-yardage plays. 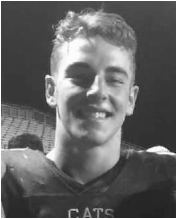 OHIO CAPITAL CONFERENCE (2016)
The leading tackler for the Wildcat defense that led the way for a 9th consecutive playoff appearance, Bosston Nolty brought his lunch pail work ethic each and every week. From his linebacker position Nolty tallied 109 tackles, 8 tackles for loss and 1 sack for the Cats stingy defense. 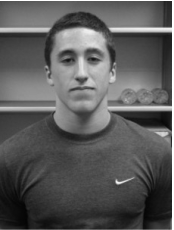 OHIO CAPITAL CONFERENCE (2016)
Eclipsing 1,000 rushing yards for the second consecutive season, Royer was once again the statistical Wildcat leader on offense. Royer carried the ball 227 times for 1,207 yards (5.3 ypc) and 21 touchdowns. More importantly than his statistics, it was Royer's leadership during the offseason and leading up to games that really meant the most to the program.
Powered by